[This quiz is due at the beginning of class on MONDAY, November 12th]

In class we looked at material models that can be used to generate physically-based, photorealistic images. However, these models can be very expensive to evaluate. For real-time, interactive applications, one often uses simpler, more efficient models. These models are a bit crude and are not physically based, but still capture some of the basic visual phenomena that show up in real materials.

Your material will be built up from four simple components (here the angle brackets <U,V> denote the usual dot product of U and V):

Consider a plane with unit normal N. Two vectors are "reflected in N" if they both make the same angle with N, and if their projections onto the plane are equal in magnitude and opposite in direction. Show that one can reflect a vector U by computing 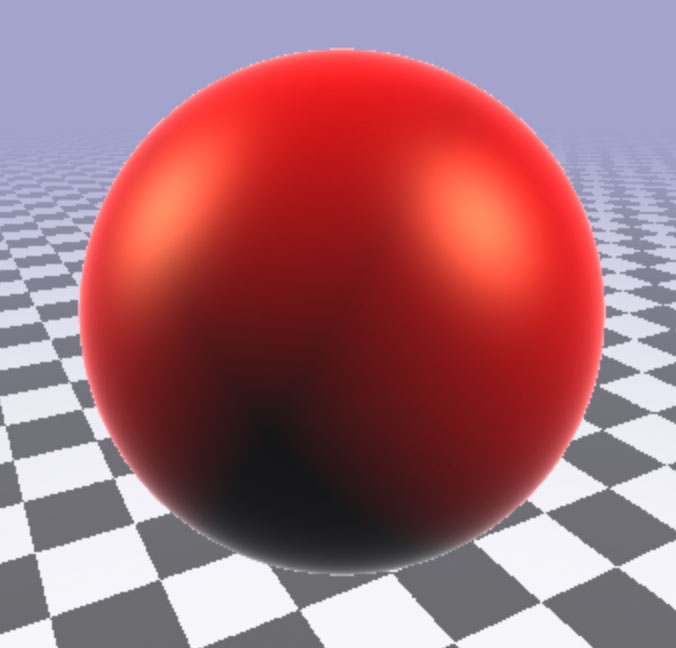 When everything is working properly, it should look like the image above. Print out your code and include it in your quiz.

Now that your shader has been implemented, try to pick the intensties kd, ks, kf, and ka, the four colors diffuseColor, specularColor, fresnelColor, ambientColor, and the tuning parameters k and p that match the images below as closely as possible. For each image, write the values you picked.