In today's lecture we saw that for a cubic curve, we can exactly match a pair of endpoint locations and tangents at endpoints. For a quadratic curve we no longer have enough degrees of freedom to specify both tangents. Based on your answer above, can you still pick a middle point q that does a good job of approximating both tangents? Where would you put this point? Use your scheme to approximate the cubic "S" curve below as a pair of quadratic curves, indicating the control points for your quadratic curves and how they relate to the tangents. (You can simply draw a rough sketch of your approximation; it does not have to be exact.) 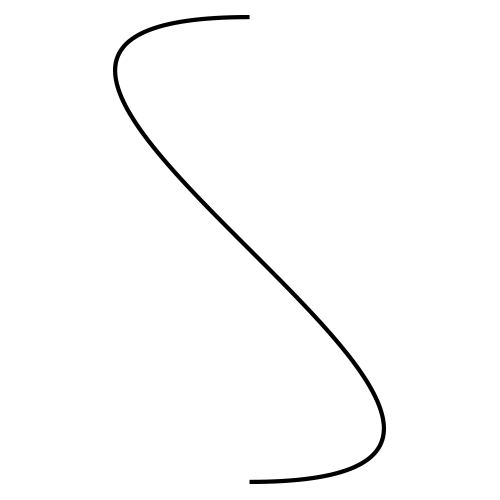