In this course, we will be representing all of our geometry in terms of a halfedge mesh. The basic idea behind the halfedge data structure is that, in addition to the usual vertices, edges, and faces that make up a polygonal mesh, we also have an entity called a halfedge that acts like "glue" connecting the different elements. It is this glue that allow us to easily "navigate" the mesh, i.e., easily access mesh elements adjacent to a given element. 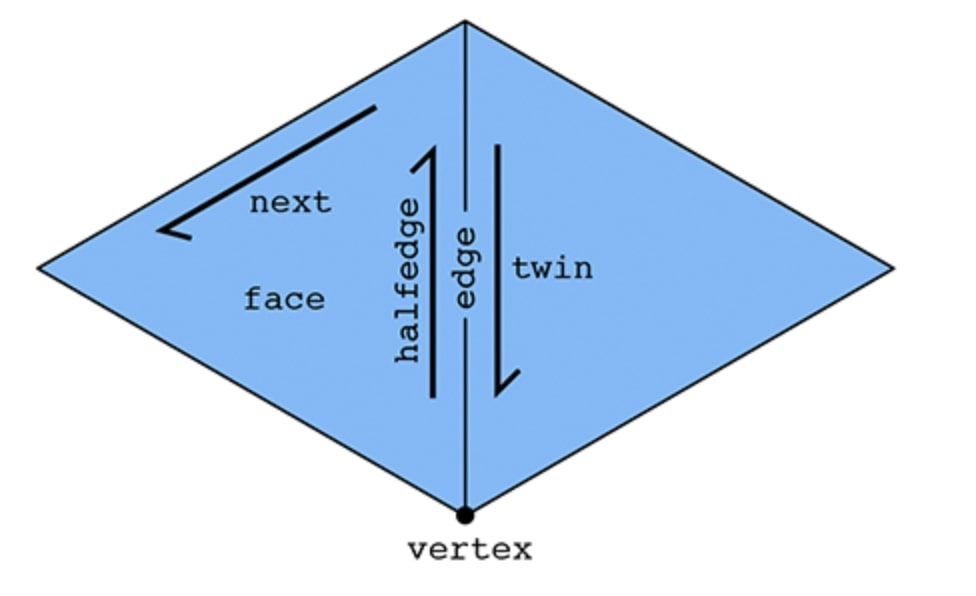 In contrast, the standard mesh elements (vertices, edges, and faces) know only about one of their halfedges. In particular:

We can use these relatioships to traverse from any mesh element to any other. For example, in the above mesh, we can go around the triangle by calling halfedge->next()->next(). We can get the vertex by doing halfedge->vertex().

You may wish to review how halfedge meshes with boundary are represented in Scotty3D.

Then consider the following mesh. The face 'b' represents the boundary of the mesh. 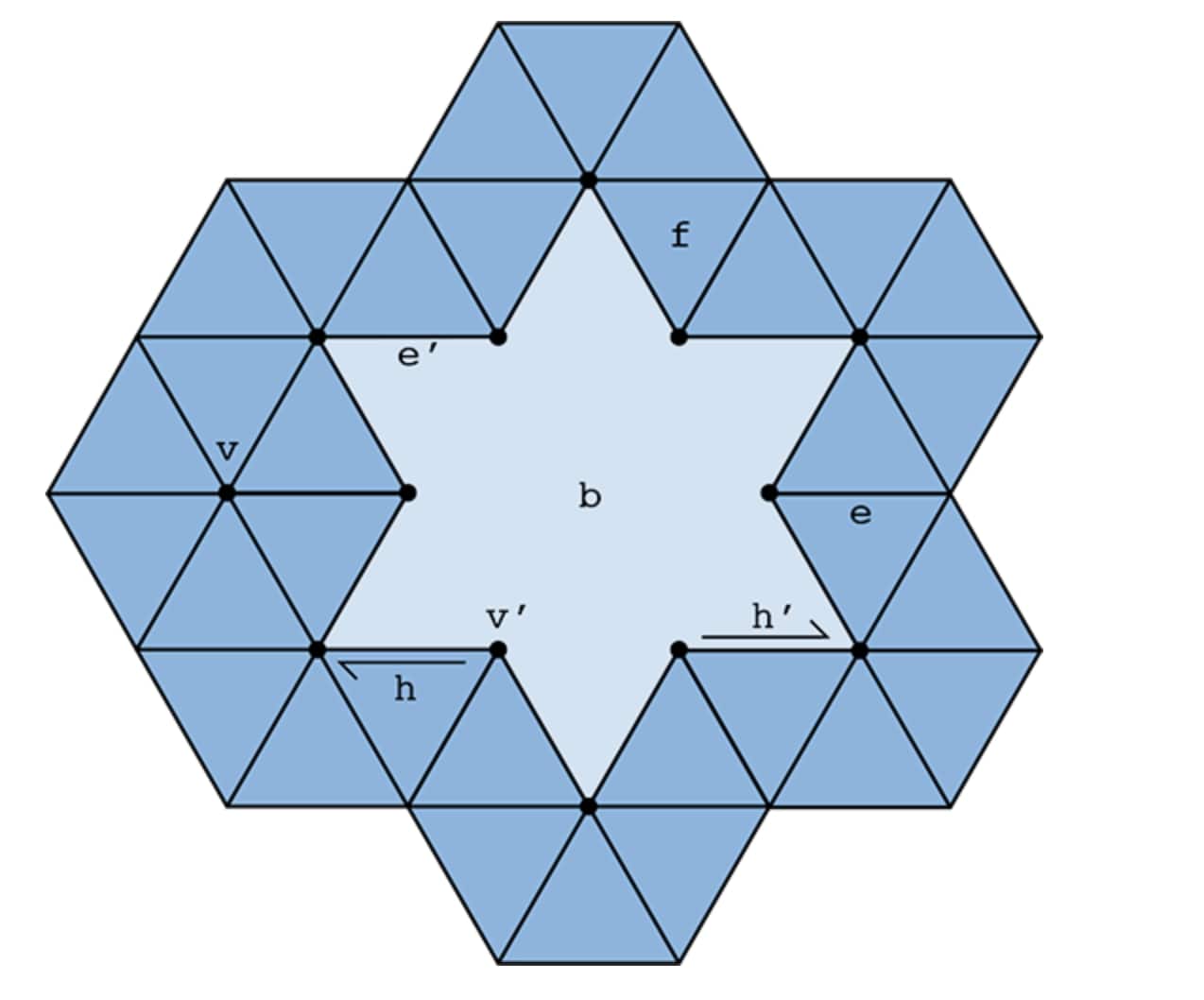 First review the local mesh operations supported by Scotty3D. You can also see them in action here.

Starting from the selected edge, this mesh has had two local operations applied to it. What were they? 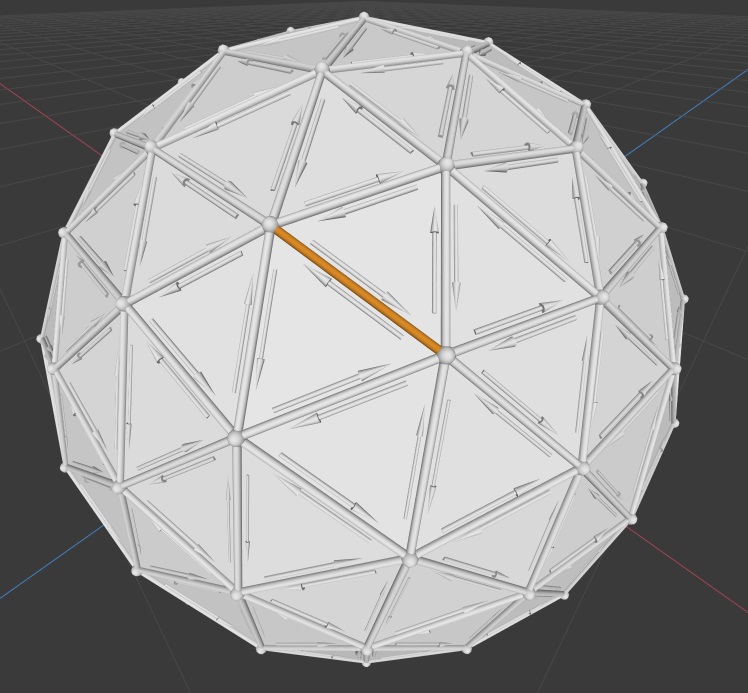 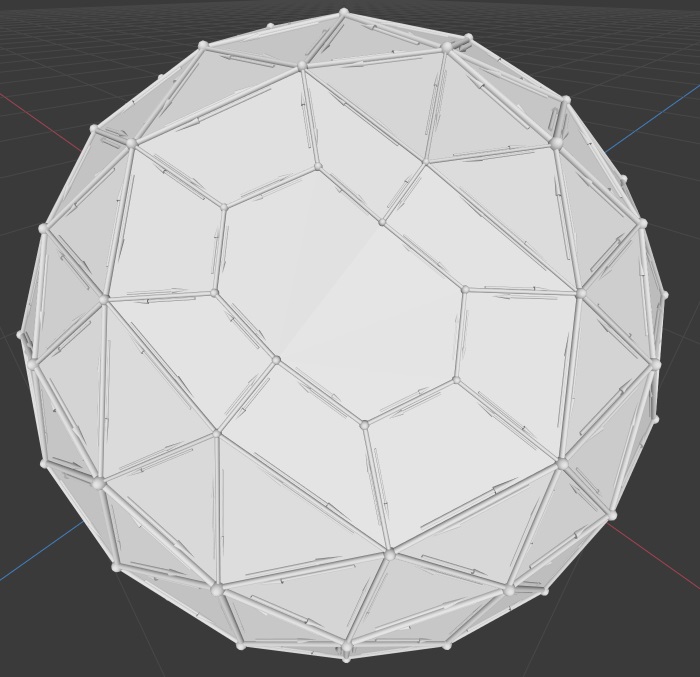